Chatting with the Original Black Klansman

Oscar Night 2019 is almost here, and Ron Stallworth finds himself in an elite group. No matter which film takes home the best picture statue, Ron can own the fact that his New York Times best-selling book went on to become a film made by Spike Lee and Jordan Peele. That film, BlacKkKlansman, went on to earn awards nominations, including a best picture Oscar nom. John David Washington plays Ron in the movie. Adam Driver played Ron’s white avatar.

Before we knew what would happen during awards season, I had the honor of speaking with Ron on WCCO Radio in October 2018. He took me inside his story, which started in Colorado Springs, Colorado, in 1970. Not every day do we get to hear from a key figure in our nation’s history. Ron is an American. A patriot. A hero in the long struggle of race relations in the United States. Listen to our conversation.
See the film’s trailer. 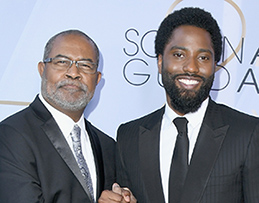