Lessons from an Oscar Nominee

When you set out to make a movie, especially an animated one, you likely don’t do it for the Oscar nomination. And in the case of Ralph Breaks the Internet director Phil Johnston, that was definitely true. But Phil’s wife knew something was in the air. When he decided to leave TV news and go to film school, she told him she’d see him on the red carpet one day.

I spoke with Phil days after his film received a Golden Globe nomination. The movie went on to receive countless other awards and nominations, including an Oscar nomination for best animated feature. In honor of the Oscars on February 24, 2019, we revisit that conversation and say congrats to Phil and his entire team of more than 500 filmmakers for breaking their wildest dreams. Listen to our conversation. See the film’s trailer. 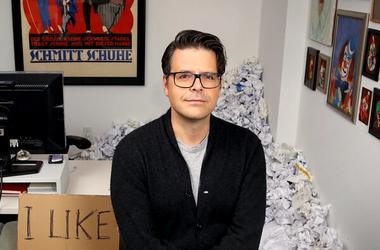