My Talk with Thomas Friedman

So much to talk about when you’re sitting across from Thomas Friedman of New York Times and Pulitzer Prize fame. But there we were for Gustavus Adolphus College’s MAYDAY! Celebration. The topic: War on the Media. Gustavus brought me in for his keynote interview and to ask Friedman about the media’s role in peace and war times.

Friedman is a weekly columnist for the New York Times but previously was a news reporter for them and other print publications. The columnist role is different from the reporter position, but it was illuminating to hear Friedman’s answers. To a live crowd of more than 1200 and countless others listening via livestream, Friedman shared how the media needs to get the facts and report. We bemoaned how much that’s changed in recent years. He’s not a fan of social media and feels it mostly hurts news coverage.

Never read his column? I suggest you look them up and read a few. He’s at a place in his career many would envy with a platform to share opinion freely. When he writes, people and nations listen. Even if they don’t always agree. But he doesn’t spend his time worrying about whether you like what he writes or even agree with him. He wants you to discern what you consume, and if you do react—directly with a letter to the editor or a reporter or columnist—or through your social media platforms, he hopes you get the facts right. I agree. At a time when too many people hide behind gifs and emojis, it’s refreshing to hear for a call to people’s senses and grace for various points of view. I suggest you use yours to illuminate the world around you. Even if it’s one person at a time and that person doesn’t necessarily agree with you. 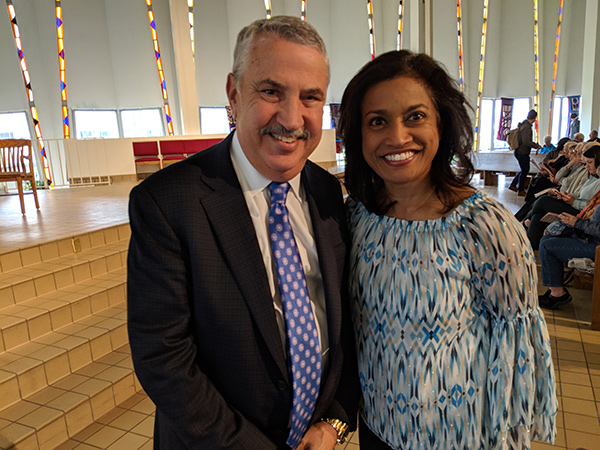