Row the Boat: What’s in a Tag Line?

When PJ Fleck became coach of the University of Minnesota Football Team in 2017, many had unkind words for his spirited style and “elite” ways. When he introduced his “row the boat” game plan, the jokes flew from the 40+ set. 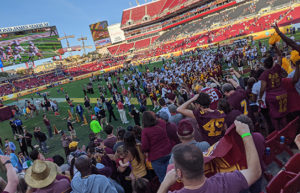 Jump ahead to New Year’s Day 2020 and one of the most profound moments of the Outback Bowl when Minnesota took on Auburn of the SEC. At one point, the jumbo screen featured a mother and child in a row motion chanting “row, row.” I started to row and chant; my rowmates started to row and chant. I looked around the stadium to see all Gopher fans rowing and chanting. This memory is forever ingrained in the brains of all fans at the game and likely many who watched on TV.

Coach Fleck’s wisdom in his tagline–to me as a strategic communication coach to executives–is how he knew his audience. His audience from 2017 was not the high-dollar donors to the U. It was not the University’s Board of Regents. It was certainly not the naysayers of any age group. He knew he had to connect with young men ages 17 to 22. He told us this in 2017 and every year afterward. He charted his own course and led a group of young men and their coaches into a huge 2019 season and on to Bowl victory as the underdog team.

My guess is he will not say “I told you so.” At least I hope not. My coaching mind says he will continue being his authentic self and keep his boat open for all who want to row. Congrats Coach Fleck and the young men you are leading into their own leadership journeys. Happy New Year! 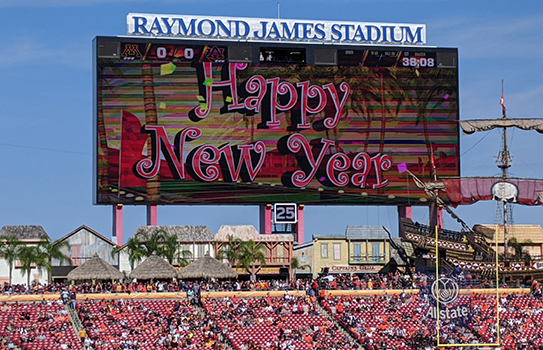